“A fight. You two had a fight!” Maleficent yelled at Brandon after he came home from Stella’s house.

“How could you?!” Ivy shared in her mother’s anger. “You screwed up everything!”

“She said she wanted to find her parents.” Brandon tried his best to defend himself against his mother’s and his sister’s wrath, but it was a losing battle. “I was only trying to stop her.”

“So what if she wants to go off and find her parents?!” Maleficent continued her rampage. “Let her. She won’t make it that far anyway.”

“I need to call her and try to fix this.” Ivy said. “I just hope this doesn’t ruin our plans!”

“No, I think everything will be fine.” Maleficent was starting calm down, but she was still furious at her son’s ignorance. “We will just have to push up our plan quicker than we originally anticipated.” 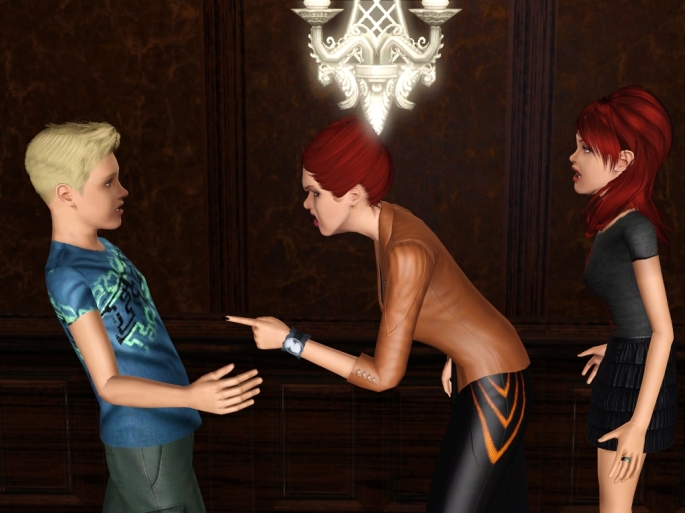 “Tell your Aunt May all about it.” May comforted Stella.

Stella needed to find a way to release some of her stress. That’s when she found May tending to her garden.

“He was so mean.” Stella managed to say in between pulling weeds. She couldn’t tell May all of the details surrounding the argument. All Stella wanted to say was, “He was acting like a total insensitive jerk hole!”

“It’s okay my Sweat Pea.” May sensed that Stella wasn’t sharing everything, but she also knew not to press the issue. Instead, May tried cheering Stella up. “You have so much to be excited about. You are about to graduate high school, and then you turn 18. And after that comes med school.”

Stella started to feel better. Tending the garden with May has always had a calming effect on Stella.   There is something therapeutic about getting your hands dirty. After calming down Stella realized that she still has a lot to be happy about. High school is almost over, and thanks to April’s tutoring, Stella got accepted into the Twinbrook Hospital Medical School. But more importantly, Stella has three aunts that took it upon themselves to take care of her and keep her safe.

“Thank you for making me feel better Aunt May.” Stella had dirty hands, but May didn’t mind the hug.

Stella spent the last few weeks of school trying to avoid Ivy and Brandon. Luckily, it was pretty easy to do. She was swamped with studying for finals, preparing for college, and she was still trying to muster up the courage to contact her potential parents in Appaloosa Plains. She talked with Ivy over the phone a few times, but never for more than 10 minutes at a time. Then before Stella knew it, it was her birthday and the last day of high school.

She had made it the whole day without seeing Brandon or Ivy, a fact that Stella was pretty proud of. She was making her way over to the bus to take her home when she heard someone calling to her.

“Long time, no see.” Ivy shouted as she made her way to where Stella was standing.

“Yeah, life has been pretty crazy lately.” Stella said as she glanced over at her bus. So close, yet so far.

“Oh good.” Ivy said. “I thought you were avoiding me, because of what happened between you and my brother.”

“That isn’t it at all.” Stella lied, but it was only a partial lie. Her life had been very crazy, but she was also distancing herself from Ivy because she didn’t want to see Brandon.

“We need to get together before I leave for Bridgeport, because I have a good bye gift for you.” Ivy said with a smile.

“You don’t have to get me anything.” Stella felt flattered and loved. Stella began to feel guilty for ignoring Ivy, her very best friend. After all, it wasn’t Ivy’s fault that Brandon was being a jerk.

“Sure I do.” Ivy’s smile grew wider. She knew she had Stella right where she wanted her. “Let’s make plans for you to come over to my house tonight.” 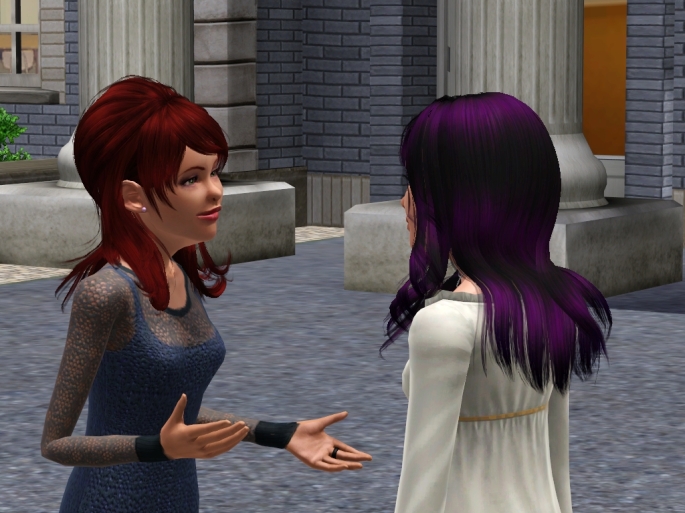 April, May, and June had a special party planned for Stella when she came home from her last day of high school. They filled the living room with tons of balloons and flowers.

“Happy Birthday/Graduation.” the three aunts cheered in unison as soon as Stella walked through the door.

“This is all too much.” Stella replied as she gazed around the room.

June was the first to give Stella a hug. “It is not everyday that our favorite niece becomes a young adult.”

“I’m your only niece.” Stella joked.

“But it is more than that.” April said as she was the second one to give Stella a warm hug. “This marks a very special day for you particularly.”

“It is not just your birthday.” May was the last to give Stella her birthday hug. “It marks the day that Fay brought you into our lives!”

“It wasn’t just thanks to Auntie Fay.” Stella responded. “You three have made me into the sim that I am today.”

“Aunt April, you taught me that with hard work and determination I can accomplish anything. You were never too busy to help me with my homework or help me practice chess. Now thanks to you, one day I am going to be a doctor.”

“Aunt May, you taught me to respect the world around me and to find beauty in everything. I loved the long walks we took and the talks that we shared.” 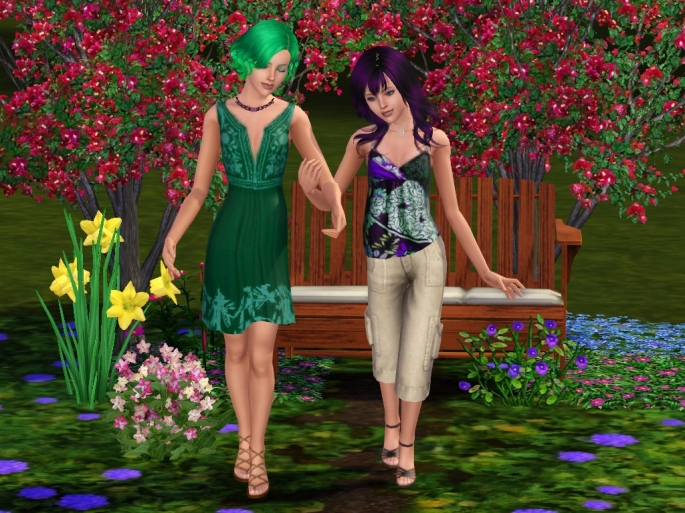 “And Aunt June, you taught me to have the confidence to stand up for myself and for others. I enjoyed our time together.  You never forced me to be something that I’m not and you gave me the freedom and the courage to explore the world on my own”

By the end of Stella’s speech all three aunts had tears in their eyes. It seems like it was only yesterday that Fay brought them a scared little toddler. And now that little toddler is about to become a young adult.

They cheered extra loud as Stella blew out the candles on the cake that May had baked.

They all ate the cake and reminisced about their favorite memories of Stella growing up.

“Remember the time in 4th grade when you took me out of school to go get pizza?” Stella asked June. “I don’t remember why, but I had so much fun sneaking out.”

June had a big smile on her face as she thought about that day. “I think that the day before you talked about some boy who was mean to you. So, I wanted to do something special.”

“Wait, what?!” April almost choked on her cake. She never knew about any of it. “You took her out of school?!”

“And remember when you tried to teach me how to cook?” Stella asked May.

“Oh yeah,” May remembered the day like was yesterday. “You almost burnt the house down!”

“I remember when you were a toddler and you wouldn’t fall asleep until I read you your bedtime story.” April recollected.

Each aunt could have shared their favorite memory of Stella growing up all night, but there was something else that needed to be said.

“We have something that we need to tell you.” April had been practicing this speech for a while now. She had rehearsed over and over what she wanted to say. “I have been talking with your parents for some time now. And we all feel that since you are a young adult…and this is your choice now. But we feel that…”

“We thought that it is now time for you to meet your parents!” June interrupted because she couldn’t hold in her excitement any longer.

“Their names are Cindy and Ryan Charming. And they live in Appaloosa Plains.” May added.

“I knew it.” Stella blurted out, but quickly recovered. “I knew they were still alive.”

“You still have some time before you start Med School, so we bought you a plane ticket to go see them. They know that you are coming, and they can’t wait to see you.”

Meanwhile, Ivy and Brandon have their own birthday plans. But there are no cheers or walks down memory lane. There is yelling and orders being carried out.

“Is everything ready?” Maleficent demanded. She pointed her fake nails around the house making sure that their evil plan would go off without a snag.

“Everything is ready on my part.” Ivy had an evil grin on her face.

“Are you ready, Brandon?” Maleficent demanded once more.

“Let’s get this over with.” he quickly replied.