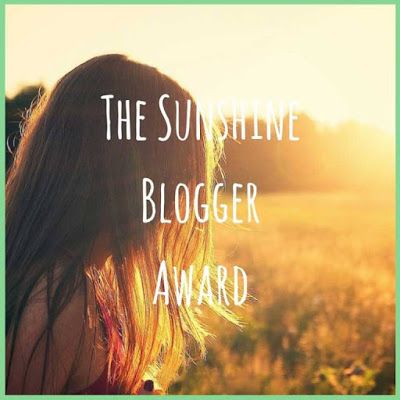 I got a little bit of sunshine on this cold winter’s night when I saw that I was nominated for The Sunshine Blogger Award by sweetnightingale and her Simming with Sweetnightingale. You need to check out her various SimLit stories and projects. And thank you again for the nomination!!

It’s an award for bloggers from other bloggers, a beautiful way to share all the amazing things other bloggers do and write about. It is a way to recognize their efforts in inspiring others to do what they love.

I know that this award has been out for a while now, and I am not sure who has or who hasn’t received this yet. And please don’t feel obligated to reciprocate anything. I just figured who wouldn’t want a little bit of sunshine in their lives?

The Windsor Legacy by  thewindsorlegacy

1.What or who inspired you to start writing SimLit?

3.What is your favorite Sims Expansion Pack, it can be from any of the Sims Games?

4.What are you wearing right now?

6.What is one place that you have never been, but would love to go?

7.What is one aspect of The Sims that you would want to incorporate in to real life?

8.If they made a movie of your life, what actor would play you?

10.If you had to describe yourself using only one word, what would that word be?

11.If a tree falls in the woods, and no one is around to hear it, does it make a sound?

April, May, and June bombarded Stella with a rapid fire session of questions the second she opened the door. Before Stella could answer one question she was asked two more:

Where did you go?

What did you do?

Did he drive too fast in that car?

Did he try anything?

Stella told her aunts about her date with Brandon, purposely leaving out the part about her parents.

“I just don’t get it.” Stella confided in her aunts. “Brandon has been hot and cold from the moment I met him. He seemed excited the first time he saw me at school. But he has been distant during lunch. He never said a word to me when I was over at his house, until I was about to leave then he asked me out on the date. I just don’t know about him.”

The truth was that Stella knew exactly how she felt about him. She could sense herself starting to have feelings for Brandon. And it sacred her, so she put her guard up. 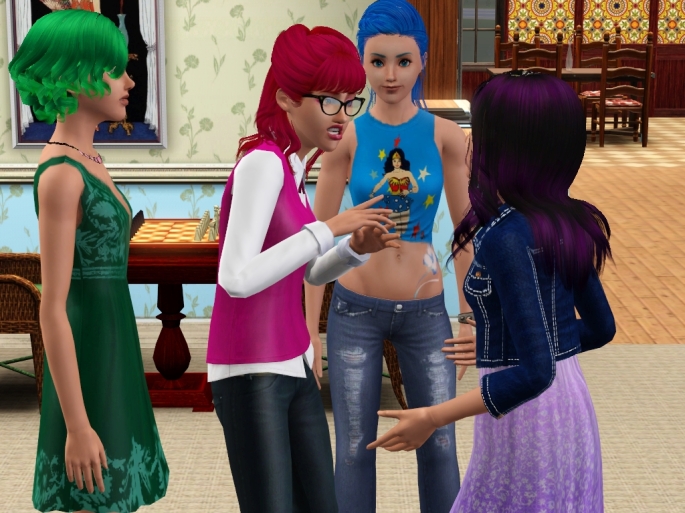 After some encouraging from May and Ivy, Stella has decided to give Brandon another chance.

“I think that he might do better in a group setting.” May suggested to Stella over dinner. “There will be less pressure if there are more people around.”

So this time Stella and Brandon went on a double date with Ivy and Abel Bodey (no joke, that is really his name). The night started out at Bruton’s Boxcar Diner then a round of bowling and games at the arcade. Ivy was less than impressed with the greasy fast food, and she refused to bowl out of fear of breaking her nails. But other than that, the date went well. And the best part is that Brandon really did seem more relaxed. 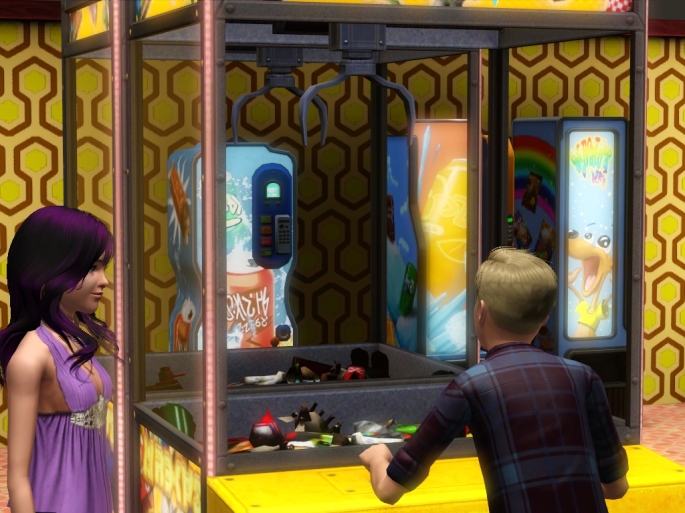 Stella was enjoying spending time with her friends, but she had other things on her mind. And there was only one person she knew that she could talk to. Stella invited Brandon over to her house after school. She told her aunts that they were going to study in Stella’s room. Before Brandon could put his backpack down Stella had closed and locked the door.

“I have something I wanted to talk to you about.” Stella said in almost a whisper.

“What is it?” Brandon was tense. His palms were sweaty and his voice cracked as he spoke.

“I have been thinking a lot about our date at the park.” Stella began. “You told me about your dad, and I said to you that there isn’t a day that goes by when I don’t think about my parents. Well, I started thinking about them more and more. Then I thought why not try to locate my parents myself? I wasn’t sure where to start, but then I got a clue.”

“What was it?” Brandon nervously asked, his voice still cracking.

“A few days ago I was walking by Aunt April’s room when I heard her say my name. She was talking about me in great detail to some other sim named Cindy. I wanted to hear more, but then May called to April, and she hung up her cell phone and put it into her pocket.”

Brandon didn’t speak, he only nodded every once in a while to show that he was paying attention.

“A few hours later I asked to borrow April’s cell, but when she handed it to me I noticed that all of the previous numbers had been erased. That only made me more curious. So, I did some research online.”

Stella started up her computer, while Brandon looked over her shoulder.

“I Googled the name Cindy Charming.” Stella explained as she typed at the computer. “and this is what came up.”

Stella got up from the computer so Brandon could see better.

“I think that these two Sims are my parents.” Stella announced.

“What makes you think that they are your parents?” Brandon asked skeptically.

“Well first off, my aunts’ last name is Season. My last name is Charming, the same as them.” Stella explained. “Second, I have those same eyes and hair. I mean, how many Sims do you know that have purple highlights in their hair? But most of all, April goes to Appaloosa Plains a lot. And I mean a lot. She has been going back and forth since I was a kid. Yet every single time I ask her about it she gets nervous and never ever tells me any details about her trip.”

“Those are just circumstantial things.” Brandon responded. “Nothing here proves that they are your parents.”

“That is why I am going to Appaloosa Plains as soon as I turn 18 and graduate high school.” Stella announced with excitement. She couldn’t take her eyes off of the picture on the computer screen. Stella had a feeling in her gut that was telling her that she was on the right path!

“I really don’t think that is a good idea.” Brandon commented. “How do you know that they even want to meet you?”

He could sense that Stella was getting emotional and that he had to choose his words very carefully. “I mean, they gave you up right?”

“You know, I thought that you would be more supportive.” Stella snapped. This was not going as Stella expected. Her excitement quickly turned into anger. Out of all the people in the world the one and only person that Stella felt she could share this with was not reacting how she expected. He was being a total jerk!

“I am trying to be supportive, but I am also being realistic.” Brandon said under his breath. 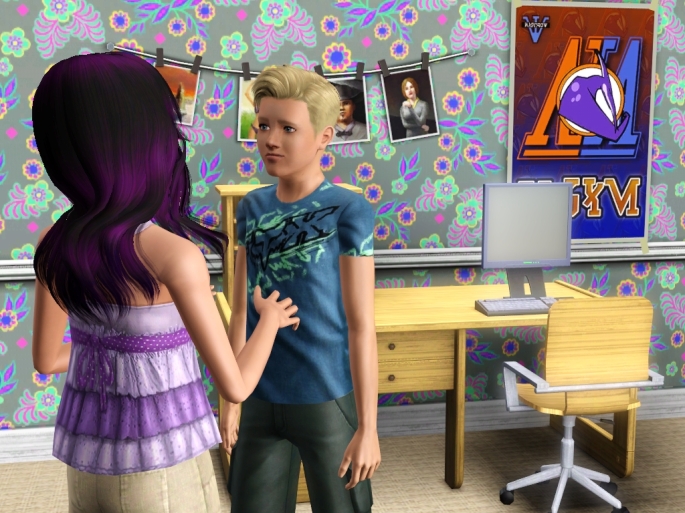 “If you aren’t going to help me, then you can leave!” Stella shouted at Brandon.

“Fine by me.” Brandon said sheepishly. He couldn’t argue with Stella. She isn’t pretty when she is upset, but the wrath of his mother is a million times scarier. He left Stella in her room, still looking at the computer.

Stella was so upset that she just had to scream into her pillow. She felt betrayed by the one person whom she thought she could trust. She felt a connection with Brandon after he shared his feelings about his dad. Almost like a kindred spirit.  And now Stella didn’t know what to think.

The worst part is that she can’t tell her aunts any of this. They would feel so hurt if they knew that Stella was secretly looking for her parents. Quickly, those feelings of betrayal turned into feelings of loneliness. Stella picked up her teddy bear she named Shang. Shang was given to Stella when she was taken away. It is the only thing she has that links her to her parents. She gave it a big hug as she sank onto her bed.